Diary of Thomas Keher of Ballyglass 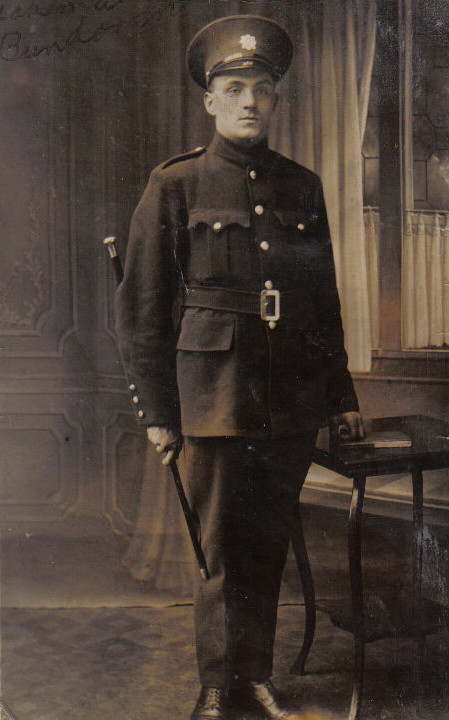 The following is an almost direct transcription of an autobiographical account of the early life of the author Thomas Keigher formally of Ballyglass and his arrival and subsequent life in the States.

I was born in County Roscommon in Ireland around 1903 and I was educated at Caddlebrook National School, a very small school. When all the registered children were in school, they would number about 60. Some days we had only about 20. I lived about a mile from the school or less. I started to go to school before I was 3 years old. No doubt my mother wanted us out of the way so she could do her work at home. I was the 7th of 10 children born. There were six boys and four girls in our family. The girls were the oldest.

>Ella, Marion and Elizabeth were the three older girls. Then came John, Henry, James, Tom and Dominick. Winifred and Austin were the youngest. For a while we all went to school together. What a time it was for Mother getting ten children ready for school in the morning. One day, my fathers sister, our Aunt Ann sent Ella my oldest sister the passage paid to Boston. Ann lived in Dorchester and was a Mrs. Romer. Her husband was born in Prussia in Germany, and was a building inspector in Boston. He seemed to come from a nice family, was a gentleman all through. Like all men there may have been a time when he was difficult but Aunt Ann had a grand way, she never seemed to be angry or loose her temper. She was a real nice person never spoke loud would always smile and would never, agitate anyone. So that was where Ella came to Romers.

The Romers children were all grown up. One son was a building commissioner at Boston and a daughter was married to an attorney at law. Their one remaining daughter Charlotte taught school in Jamaica Plain. Aunt Ann And Uncle Edward were alone but for Charlotte in their house so they had lots of room. That was the start of the trek of our family to Boston. We all cried until we got sick when Ella left home. My Mother said that it was the first break up of our family. Ella was very young to face the world though my father depended a lot on Aunt Ann, he had no fear that his child would be safe. But still it was like a wake, at home. Mother never stopped crying and praying but at last a letter came and Ella was alright. Then one by one the children started to leave.

My sister Elizabeth died. Marion went to Boston and trained to become a nurse, graduating from Lynn Hospital. She worked all of her life in the city as a school nurse. John became a clerk in a dry good store in another town while Henry went to Dublin to learn the grocery business. James came to Boston where he had little luck and died young leaving behind a wife and two children. At home in Ireland. we were getting better off. I sent home a lot of money from England and my brother Dominick used this to extend the farm.

The trouble with England was getting more complicated each day and all the boys in the villages were on the run whether members of the IRA or not. It was unsafe to get caught by the military or auxiliaries known as the Black and Tans. Because they wore Khaki pants and Royal Irish constabulary black tunics they got the name Black and Tans. It was an awful time for the people of Ireland but then came the truce and the establishment of the Irish Free State. The people were happy to have peace again.

My brother Dominick and I joined the Civic Guard – the new Irish Police Force where we carried no arms. Sadly trouble again descended on the country. The IRA sought to brake the treaty and renew the struggle with England for the freedom of the north Eastern counties. For its part the Free State fought to maintain order and peace with England. The smouldering fires still goes on. Neither side wanted to part with the Ulster counties and that is the way I left it when I resigned from the Civic Guard and came to the USA.

I had learned the plastering trade in England and I thought in a few years I would have enough money to go home marry my girl and even to bring her to America. But the worst depression in the history of the USA was waiting for me to arrive here. I got a few weeks work after coming but then the bottom fell out of everything in a few months and no one was working. People that had money in the banks lost everything. All the banks closed with only Government controlled banks staying opened. My girl wrote to me many times to know why I wasn’t writing and I had to tell her that I couldn’t find work and couldn’t bring her out here and couldn’t go home either. My sister told me to find new lodgings. She had a young family and couldn’t afford to keep idle brothers – there were John, James and I and we were all out of work. So with 25 cents in my pocket I left my sisters house in Malden and went into Boston. I was searching for a place to board and couldn’t find any without a weeks pay in advance but I had no money. Then I met John Driscoll. I had worked before with him plastering and I told him how I was fixed. He gave me some money and found me a room. On the next Monday morning I got a job at the General Electric Plant at Everett. My luck had changed. From then on I found one job or another. I wasn’t particular anymore. Any kind of work I grabbed it and I gave up the idea of plastering.

My Kathleen married a farmer at home. I felt very lost for her and always will.