Genealogical research in Ireland can be difficult. Of this there is no question. While other countries can boast of extensive census collections stretching back generations Ireland complete two pale into insignificance. The reason has been well documented and dates back to the Irish Civil War and the Records Office which were at the time housed in the Four Courts in Dublin. Stored here was many hundreds of years of Irish administrative and religious records for their protection. Unfortunately during the summer of 1922 as the combatants of pro and anti Treaty forces battled on the streets of the capital, a fire broke out in the building ultimately igniting an munition store. The resulting explosion almost totally destroyed the record office and its contents dating back to the Anglo-Norman conquest of 1172.

This followed another calamity the previous year when the Customs House was attacked and burnt along with another collection of priceless documents. The loss of both collections to the new Irish State was immense and is still being felt by historians and genealogist to this day. Gone leaving only fragments was the census returns of the early to mid-part of the 19th century. The later returns up to 1901 were destroyed by order of the government leaving researchers to look to other sources.

Luckily civil records including all births and marriages dating back to 1864 survived along with land surveys and valuations list such as Griffiths Valuations and the Tithe Applotment Books. While the majority of the Church of Ireland parish registers records were destroyed the Catholic records which were generally kept locally were untouched. These occasionally date back to the first couple of decades of the nineteenth century depending of the parish involved.

Census substitutes may also be utilised. These encompass a list of basically anything that might include an individuals name or address. They include religious census and local collections such as The Elphin Census of 1749 and the 1799 Census of the town of Carrick-on-Suir. Also included are the many directories that have been carried out such as the Thom’s Directories which began in 1841 and listed premises in Dublin primarily but stretched nationally to include the main towns and cities. The most widely used substitute however due to their country-wide coverage is the Tithe Applotment Books from early 1820’s and Griffiths Valuation from 1860’s. While both have the appeal of being a country wide survey, the fact remains that the actual householder coverage from the earlier books is probably less then 50% while Griffiths remains only marginally better.

So yes, Irish Genealogy can be difficult but it can be wholly gratifying at the same time probably for the same reason. It’s all about being creative at how you research your Irish ancestors. 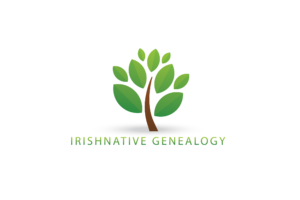