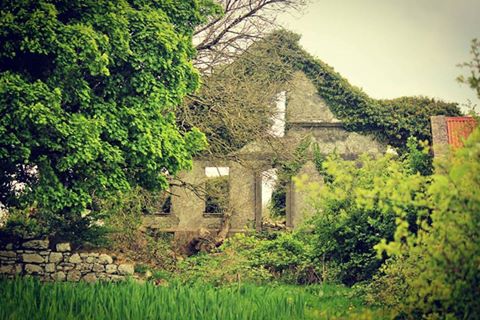 Following the Cromwellian conquest of Ireland on the mid 17th century many lands of former great Catholic families were confiscated and handed to Protestant settlers. The O’Connor family, who through all adversity had always retained a Catholic faith, were inevitably in Cromwell’s firing line. Their property, lands and power were all taken leaving them literally destitute for a generation.
It was only through the courts in 1720 that Denis O’Connor found justice with a moderate proportion of their ancestral lands restored – including that of Ballenagare. Here he built the modest Ballenagare House which became a meeting point for Catholic families in the area as well as the famed blind bard Turlough O’Carolan. O’Carolan’s harp can nowadays be found at Clonalis House, the ancestral home of The O’Conor Don and home to the direct descendants of Rory O’Conor – the last high king of Ireland.