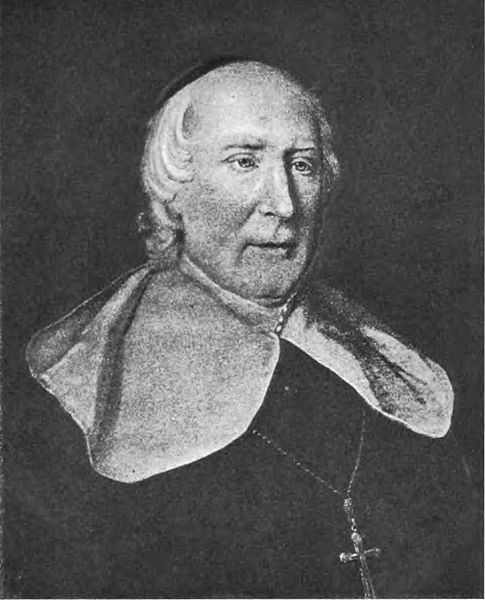 Richard Concanen was born in Kilbegnet in 1727 and from his youth knew that he was destined for the priesthood with a particular devotion to St. Dominic and his order. Unfortunately for Richard he was born into an age when religious oppression and penal laws forced Irish scholars preparing for the priesthood to seek education outside of the country.
The order itself had also suffered persecution with demolition of its monasteries, firstly by the Cromwellian invasion of the mid 1600’s followed by Queen Anne who extended the oppression into the 18th century. As a consequence the order relocated to the continent and to cities more welcoming to their teachings. Lisbon in Portugal, Rome in Italy and Louvain in Belgium all housed Dominican cloisters that were eminent centres of education. It was the Holy Cross in Louvain that Richard settled and here he received his religious habit in about 1765. At this time he also took the name Luke to add to that which he received at the time of his baptism.
Such was the promise shown that he was sent by his superiors to the Dominican House of Studies in Minerva and then on to San Clamente in Rome where he completed a four year study in Theology. Here he studied under many learned men including Fr. Thomas Troy, later Bishop of Ossory and Archbishop of Dublin.
He progressed through his studies rapidly and quickly made a name for himself amongst his contemporaries in the order but also amongst his congregations who eagerly gathered to hear the pulpit orator preaching fervently in their own tongue. He could now speak a number of language including English, Italian, Latin, French, German and coming from Galway the native tongue of his countrymen in Ireland.
Over the course of the following three decades, as his influence developed, Concanen was elevated to various prominent roles within the Dominican Order in Rome. Perhaps the most significant though occurred in about 1776 when his old mentor, Bishop Troy, appointed Concanen to act as his agent in Rome. Observing how effectively he took up this new role prelates from across Ireland, England and America followed suit and selected Concanen to also act on their capacity. This inevitably brought him to the forefront of Roman politics and into intimate contact with the Holy Father and the Congregation for the Evangelization of Peoples, the committee responsible for the spread of the faith in non-Catholic countries.
He became a favourite of Pope Pius VI who duly appointed him Bishop of Kilmacduagh and Kilfenora, a position that Concanen was forced to refuse due to ill health and religious modesty.
Meanwhile across the Atlantic the first Catholic Bishop of the newly independent United States (later Archbishop of Baltimore), John Carroll, implored the Holy See in Rome for help in administering to the growing followers. Pope Pius VII’s solution in 1808 was to create several new dioceses in the country including that of New York and, on the advice of Archbishop Troy of Dublin, the bishopric was offered to Concanen. The position on this occasion was accepted.
He had for many years harboured a desire for a missionary role in the Americas but his duties in Rome had prevented this. Now as his health deteriorated a move away from the Gallic influences in Rome into the warm climate appealed greatly to the man. Regrettably Concanen never stepped foot on the American continent. Embargoes on Atlantic travel were in force due to the Napoleonic Wars and Concanen himself was detained in Naples while seeking passage to America. Bishop Concanen died of a fever in 1810 awaiting release and was buried in the Church of San Domenico, in this city.